But despite being around since the 1960s, laser die cutting has clung to its title as one of the most accurate and automated design modes.

Data suggests the total market value for CO2 lasers will increase by half a billion dollars by 2025.

What is Laser Die Cutting?

Laser die cutting is the process of using a high-speed laser to cut out parts.

These parts are often quite small and require skillful precision beyond flatbed or rotary die cutting tooling. That’s where the laser comes in.

There are three main safety concerns when using an industrial laser:

Observing CO2 lasers isn’t usually powerful enough to damage your eyes, but goggles may be recommended when cutting material such as metal or crystals.

Ventilation is essential because any amount of lasering will generate fumes, which could prove toxic to lung absorption, depending on the material.

Fire hazards largely depend on the material you’re using and how much power you use to cut it.

Other problems may occur, such as the risk of damaging a processing head with an over-powered laser beam or issues caused by poor alignment. However, modern lasers are built with many safeguards to prevent injury.

Standard safety measures include using process gases, which blow away debris from the nozzle, internal cross-jets, and anti-reflection shields to provide extra protection.

In addition, the laser’s mirrors possess a high level of reflectivity to reduce the amount of heat lingering on surfaces within.

The final safety factor is whether the material you’re cutting will be considered laser safe.

How Does it Work?

We’ve all seen fictional lasers in sci-fi movies and TV shows, but how do lasers function in the real world?

All lasers emit a beam of light channeled from an energy source into some optical cavity to direct it.

The specifics depend on which type of laser you plan on using.

The most common type of gas laser is the CO2 laser, which is used for pretty much any material (even skin!) except for metal.

The CO2 laser works by mixing helium-nitrogen-carbon dioxide gas and introducing it to water vapor and other elements.

An electric current is sent through the mixture to excite the nitrogen, which collides with low-temperature helium atoms to produce photons through resonant energy transfer.

The photons flow into the nozzle and are reflected in one powerful light beam. After it’s concentrated into one point, this beam becomes a laser with the ability to cut through solid objects.

In a fiber laser, the beam is typically straight and precise, cutting through various materials, including different metals.

Fiber optic lasers are used in welding and cutting and have other unique advantages like a low maintenance cost and high electrical efficiency.

The most significant advantage of using a fiber laser is its optical fiber cable method to narrow down the size of the beam. This smaller beam is more precise than other lasers.

Lastly, the size of the core (also known as the mode) of a fiber laser determines the effectiveness of its light delivery and the overall beam quality.

Also known as “solid-state,” these lasers use transparent solids, like crystal or glass, as a mode of emitting to achieve maximum light amplification.

The most popular kind of crystal laser is known as the Nd:YAG laser, or neodymium-doped yttrium aluminum garnet laser, and is often used to get rid of unwanted birthmarks or scars.

Crystal lasers are used in the medical field for procedures such as tissue ablation, the removal of dental carries, and tattoo removal. They can be very powerful, but they wear down quickly; thus, the machines are expensive to maintain.

Like any process, laser die cutting has different strengths and weaknesses, so you should carefully consider your options before deciding which method is right for you.

Numerous industries use laser die cut parts, but perhaps one of the most common proprietors is medical.

The medical industry has an extensive past of using laser technology to treat patients. Not only do doctors use lasers to treat skin cancer and severe acne, but laser die cut parts also make up the intricate parts inside fluid diagnosis tests.

One of the most significant benefits of laser die cutting is the tight tolerances.

This is perfect for applications in microfluidics, where devices require much narrower, more complex margins than any die tool can achieve.

The production of a single part may be limited by its irregular shape or the size of its measurements. However, a laser is much more versatile than a solid, cookie-cutter-like mold and could easily circumvent either issue.

Another perk of laser die cutting is the ability to stack different materials before slicing them.

Layering parts is helpful because it speeds up the assembly process and provides a safeguard, covering the pristine bottom material to help it escape scorch marks. Because they were cut into each other, these layered parts should fit together clean and precisely.

Since the laser’s nozzle never actually touches the workpiece, the risk of scratching is non-existent. Aside from the laser itself, laser die cutting is small tolerance and has the potential to be contactless, which makes it a popular choice for delicate, medical-grade parts.

If you’re building a million parts, you might want to take a seat: They’re going to take a while to laser cut.

Many materials must undergo multiple passes of the laser, doubling, tripling, or even quadrupling the time it takes to produce each part. Also, the laser’s speed must match the number of movements it makes during each pass.

As a result, laser cutting will likely require more time than a rotary die press.

Materials can be difficult to laser cut due to their natural thickness and flammability. Assuming the foam doesn’t initially melt or catch fire, its width becomes the enemy of accuracy and efficiency.

The wider or thicker a part is, the more the laser beam will diverge upon impact, creating a slight incline in the cut itself, referred to as the draft angle.

Often draft angles correspond with the width of a material, making them an essential element for cutting out thick parts.

Another factor to consider when slicing thick parts is what’s referred to as the kerf, or the percentage of material obliterated by the laser the instant it gets struck.

Kerf is predictable, but you must include it in your initial estimate to ensure you begin your project with the correct material supply.

Finally, lasers can be tricky to fine-tune regardless of the quantity you plan on producing. Determining the depth of a kiss cut may take some trial and error depending on the laser’s settings and the size of the material you need to cut through.

Unfortunately, the term “trial and error” implies losing time and money, which means finding a converter with enough experience to breeze through the testing phase of laser kiss cutting painlessly is essential.

Why You Should Use Laser Die Cutting

Outside of physical capabilities, there is still a crucial cost-benefit analysis to weigh.

Spending a large portion of your budget on an expensive, highly specialized metal tool doesn't make sense when you only need fifty parts. Why not build them with a laser?

Operating a laser isn’t always as fast as punching out shapes on an assembly line, but it can be a fantastic way to save time for smaller jobs. Consider using a laser instead of spending all that time designing and building the perfect tool.

As a converter, Strouse is dedicated to discovering your best laser die cutting solutions. 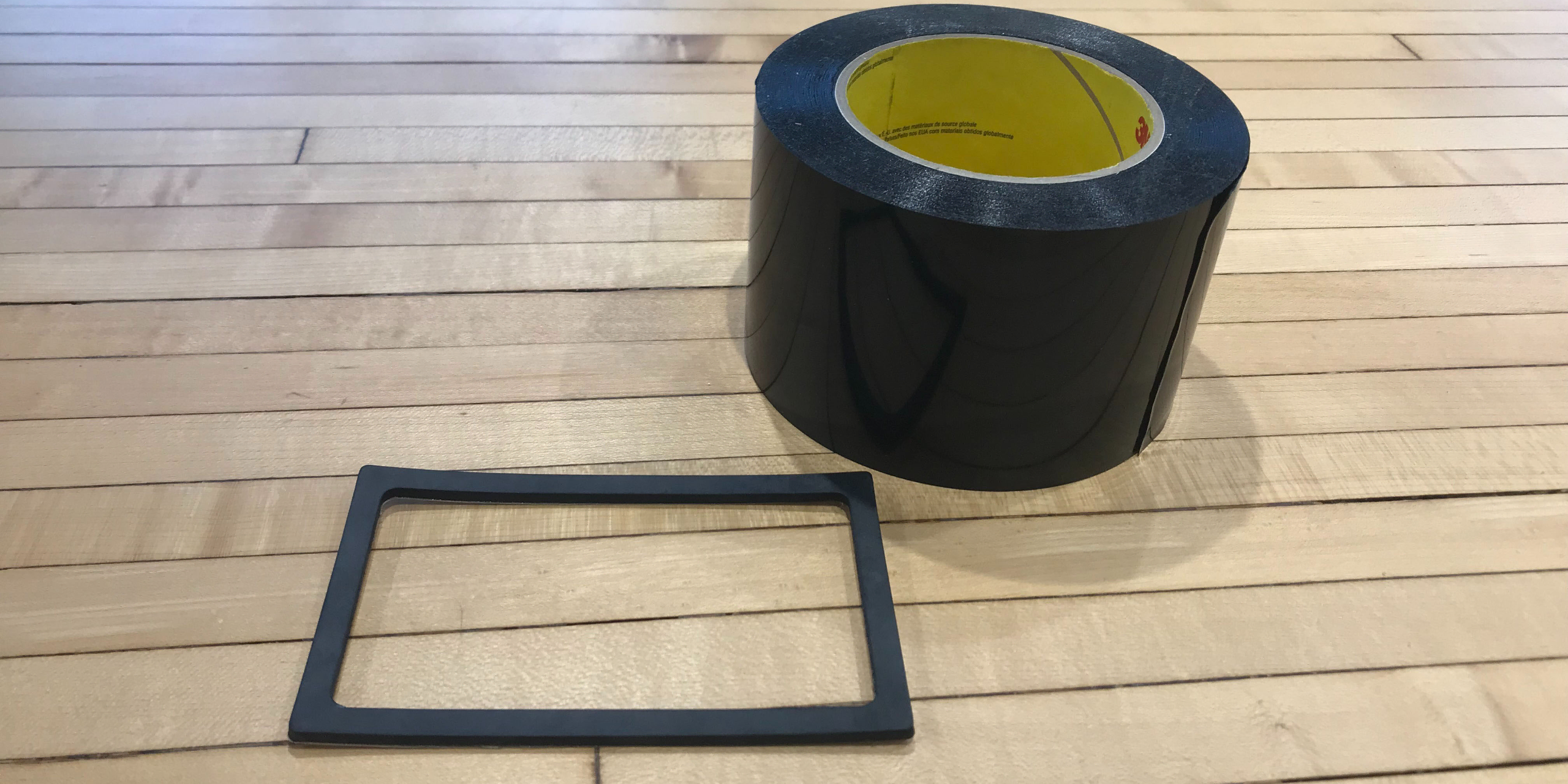 Here's Why EPDM Gaskets Might be The Right Fit For You 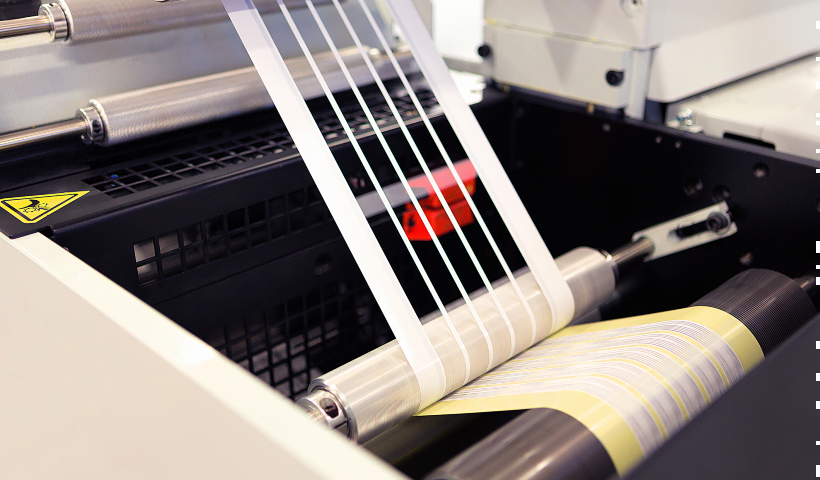