Strouse supplies Ford with automotive adhesives that solve several key issues from design to assembly. In the automotive industry pressure sensitive adhesive and tapes are mainly used for the following applications:

The designers and modelers at Ford give a whole new meaning to tape. They use tape from Strouse as a form of communication when designing and developing the body of a new vehicle. The tape is used to communicate ideas both on paper and on the clay models. The full scale clay prototypes are marked up with clay to indicate changes that need to be made to the design. This method has been used since the beginning of car modeling, and it is still used today even with the invention of 3D modeling on computers. You simply cannot replace the experience of walking up to a full scale car.

Tape works perfect for the design team at Ford because it is easy to handle, can quickly be placed, and it is repositionable. Tape also can easily be stretched and placed to mark a straight line the entire length of the vehicle yet can form to the shapes and curves on the body of a sports car. That type of precision can’t be replicated by using your hands to mold or a knife for carving the clay prototype.

Contact us today if you have your own questions about using automotive adhesives! 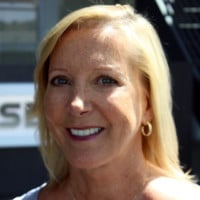