Precision die cutting has existed for over a hundred years, yet the technology is still developing, and the industry continues to grow.

Although it's used in the medical, automotive, and aerospace industries, precision die cutting originated from leather work before the production rate allowed it to dominate the shoemaking industry. The machines themselves have undergone an abundance of designs over the years but die cut products continue to remain in high demand.

However, to fully understand where we are with precision die cutting technology, it's helpful to know where the ideas originated and how they developed over time.

The usage of dies in the manufacturing industry began in the 1300s when a die and a heavy hammer would be used to stamp the face of metal coins and create labels.

In the mid-1800s, shoemakers began using a die to punch out the soles of shoes from lengths of leather, thus saving them the trouble of measuring and cutting the soles out by hand. This new die-cutting method took much less time and produced more neat and precise results.

The easiest method for shoemakers was the mallet-handle die method, where they clutch a die shape in one hand and a rawhide mallet in the other, striking the die to force it through the leather. The exact measurements of each die size were re-created, which led to the standardization of shoe sizes by width throughout America and ultimately the rest of the world.

Before the invention of the die-cutting method, the process of creating shoes lacked consistency, and many were poorly shaped, riddled with errors, or didn't match the feet of the customer.

Cutting the shoe leather by hand was imperfect, and it drained far too much time to create new customers a custom pair. The die-cutting process was quickly adapted into machines that could punch out the leather. 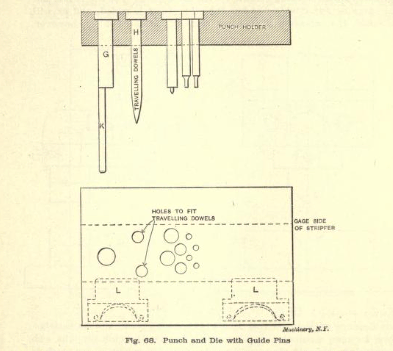 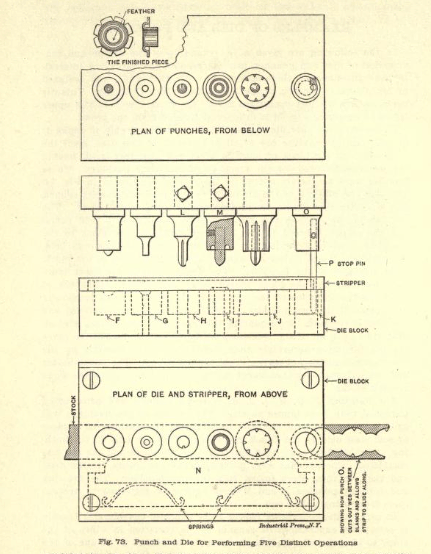 With the aid of these new machines, American shoe manufacturing transformed into a quick-paced and unyielding market. The machines produced shoe soles at such an efficient rate that they ended up outselling the need for many European companies still constructing shoes by hand.

Two models of die-cut machines gained favor at the time, both hand-crank cutting and the swing-arm clicker press.

As the name implies, the hand-crank cutting machine consisted of a crank that would raise and lower the die onto the material. The popularization of this machine led to the creation of smaller versions, which were adapted for households to assist with sewing.

The alternative style of die cutting machine, a swing-arm clicker press, resembled the slow-lowering motion of a modern hydraulic press instead. This design was built to facilitate the easy replacement of different die parts, which allowed shoemakers to create other pieces and finish the entire shoe much faster.

Die-cutting sparked intense market competition during the Industrial Revolution, and an influx of shoes were made. The price dropped to meet the new standard, and suddenly the lower class could afford to purchase higher-quality shoes. Due to the invention of precision die cutting, the rate of production skyrocketed. This became a permanent change for the shoe industry.

In 1980, Richard W. Chesnut was approved for a patent for his invention, the Rotary die cutting device. This device was noteworthy because it was the first of its kind to achieve registration and alignment on the die and base roller. 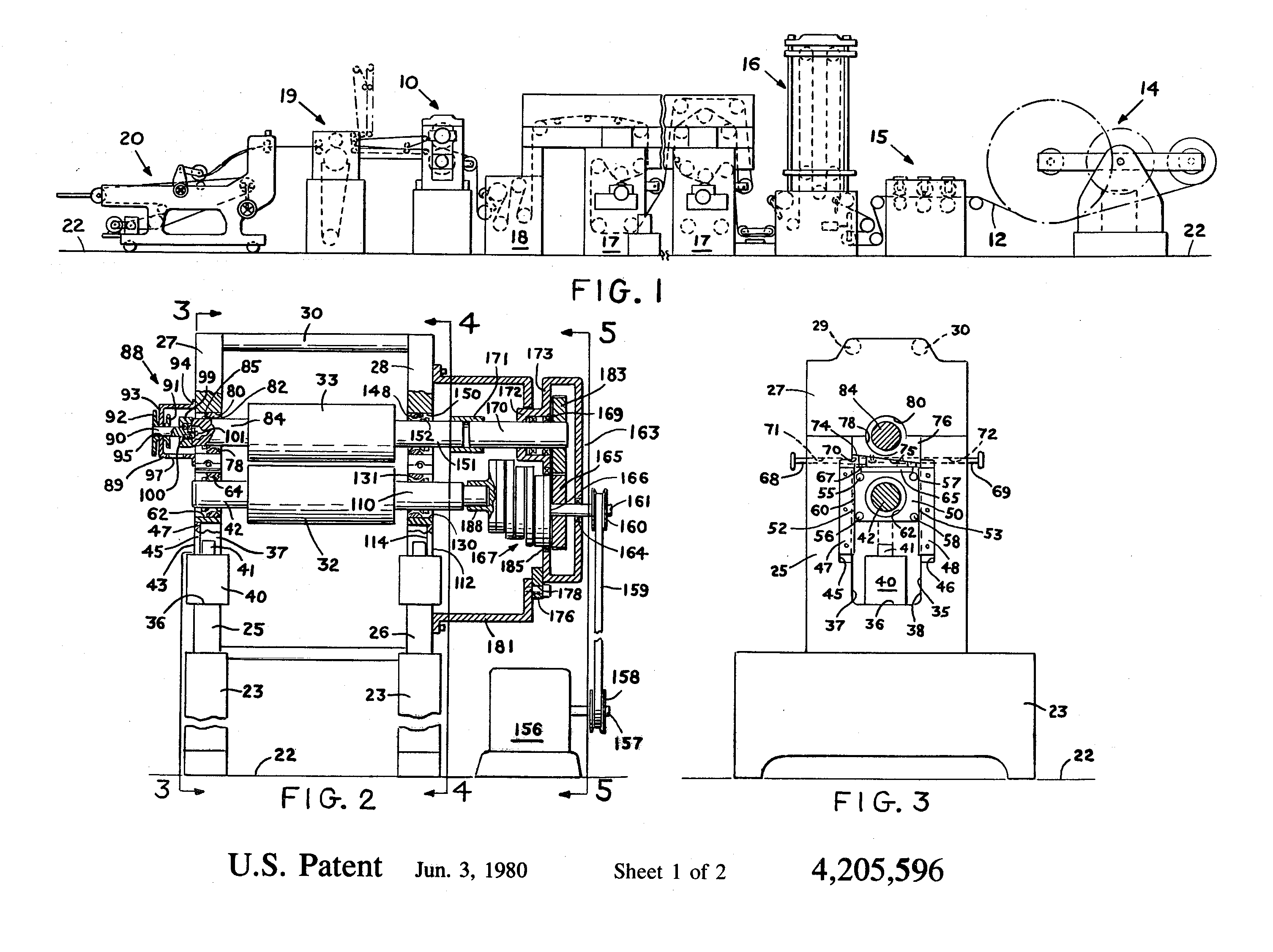 The efficiency of Chesnut's rotary die press made it appealing to other manufacturers, and the design increased in popularity as other inventors began building their own similar versions.

The most significant change between the die cutting of the past and our methods today would almost certainly be the use of specialized computers.

These computers are often a built-in part of the rotary die cutting process and can handle a wide variety of jobs such as:

With most processes automated, there is a lesser chance of calculating incorrectly when running specific jobs. This reduced margin of error works in tandem with a decrease in the amount of material waste.

In addition to reducing waste, the computer makes slight adjustments to improve the product's quality, leaving less room for user error. It's easier to train new workers thanks to the built-in system display screen, where they can monitor the progress of ongoing batches and give the factory press basic instructions.

These features enable the machines to run smoothly, increasing the workers' confidence. In fact, even if the material runs out on accident, many factory presses will sense the difference and shut down on their own.

However, it's not just the computers that make modern machines more advanced than their predecessors. Other qualities include:

As you've probably guessed, many safeguards are often built into and around modern presses, including motion sensors. These sensors prevent the rotary die from turning whenever somebody is moving around inside the hazard zone.

However, the improvements don't stop at the safety of the workers.

Certain factory presses, like those inside Strouse's Clean Room, can create sterile products in a humidity-controlled and particle-controlled environment.

The entire space is filtered to prevent particles from exceeding 352,000 per cubic meter. This makes it more than 100 times cleaner than ordinary air!

Humans have a much more comprehensive understanding of how bacteria work than in the past. Therefore, we know certain products intended for medical use must be protected from impurities.

These types of adjustments set converters apart from other manufacturing companies. Converters are always looking to use materials in the most efficient way possible, and they'll continue to innovate their process until production has exceeded its potential.

Despite being around for such a long time, the many advancements made to the precision die cutting process shows that there's constant room for improvement.

Having completed over 400 projects in one year, Strouse can confirm no two jobs are exactly alike. The more we learn, the better we can adjust to each client's needs to provide them with the best solution to their problem.

The Difference Between a Gasket and a Seal 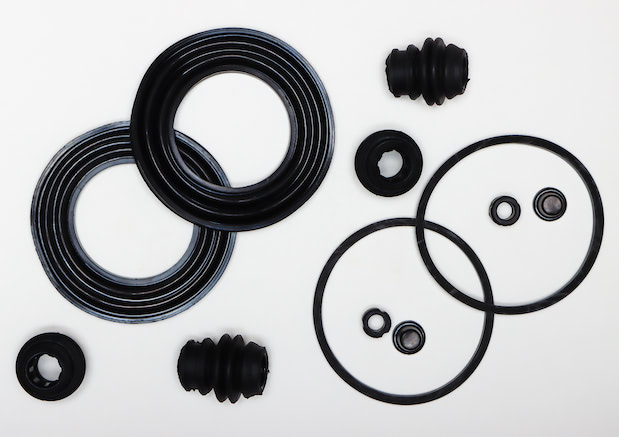 Neoprene Gasket Chemical Resistance: Read This Before You Choose a Material