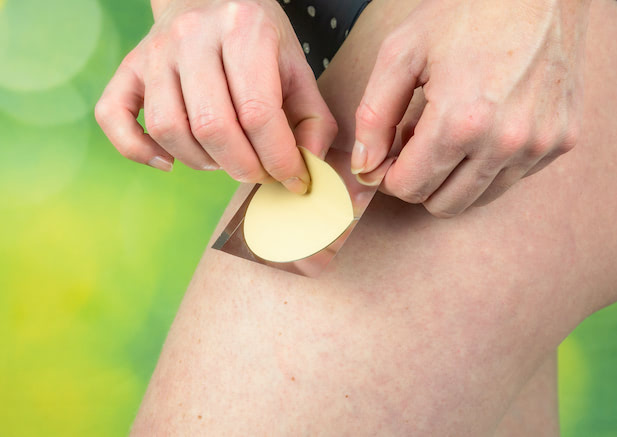 Transdermal patches are a modern medical marvel. They provide a convenient way to deliver medicine to people consistently and efficiently with little disruption to their routines, and in a small package to boot! Depending on the patch, a person might be able to stick it on to start the week and leave it there for several days, which is far more convenient than starting the morning by popping a few pills.

Still, a lot goes into making sure the drug contained within the patch gets administered to the patient as prescribed. If the patch isn’t designed and constructed to medicate the patient properly via the skin, it’s a bust — if not dangerous. Let’s look at 6 factors that impact transdermal patch delivery systems.

Let’s start with where the patch is going — on a living, breathing, and complex human being. The transdermal patch is applied directly to the skin, so the individual patient’s biology can seriously affect how the medicine is delivered.

Skin is alive, and different factors — such as the person’s age and skin hydration — play a role in the skin’s thickness and other characteristics. Those conditions can help or hurt how well the medicine is absorbed. All developers of transdermal patches must account for different skin types and biological components when creating each piece of the patch.

Before the transdermal patch is placed on a patient, it will be sitting somewhere for a while. Just how long that will be is vital to understand. Six months? Three months? Then, once it’s off the shelf, how long until it’s opened and used?

Will any of the layers allow the drug to be released before then? If so, will it be okay? Can it be avoided? Will it be designed to release minor amounts of the medicine, leaving just the right amount behind when used? How much medicine needs to be inside the patch to account for that? These questions must all be answered while the patch is developed.

It ultimately has to be timed so that the patient will experience the exact amount of the medication they’ll need at the right time, taking into account the entire lifespan of the patch.

A patch must be made with a suitable adhesive to allow the drug to pass through it and into the skin as needed while remaining attached for the specified time and not hurting the patient’s quality of life. An adhesive could be comfortable and stay on the skin for the right amount of time, but it’s not effective if it’s allowing too much or too little of the drug into the skin.

Furthermore, if the adhesive is too strong, it could create discomfort for the patient while attached or when it’s removed. If it’s too weak, it might fall off early, before all of the medicine has been delivered. Either of those situations with the wrong adhesive could have a major impact on the treatment.

The chemistry of the adhesive must be just right so its interactions with the other elements of the patch and the patient’s skin aren't harmful.

Here’s something that might not be an obvious consideration: the backing liner. When peeling off the backing liner to stick the patch to the skin, the liner must come off cleanly. It could pull off too much of the adhesive if it doesn’t. That would mean the adhesive was compromised, leading to too much of the drug being released into the skin too soon.

It could also mean that some of the medicine isn’t even there anymore. Recent designs have blended the active drug directly into the adhesive to make the patch more streamlined and less noticeable while worn. So, if a backing liner that’s too strong pulls away too much adhesive, the patch could lose some of its medical effectiveness.

The adhesive and backing liner must work perfectly in tandem to allow proper medication delivery.

There are two sides to every story! With transdermal patches, you also must consider the outer layer, the one that will be directly exposed to clothing or the air itself.

If the outer layer isn’t constructed properly, the active ingredient could escape out that side, rather than transferring through the adhesive layer. That’s going to cause underdosing issues and render the patch ineffective.

It’s vital that each layer, including the outer layer, be made with the tightest of tight tolerances to ensure the proper delivery of the medicine.

The overall size of the patch, including thickness, plays a role by way of how much of the active drug it can contain. Just like a dinner plate, the bigger it is, the more you can fit!

It depends on the chemistry of the entire patch, but if a patch is too thick or too thin, medicine could be held up or released too quickly. If it’s too wide or too narrow, there could be too much or too little of the medicine inside from the get-go. A patch and its components — including the adhesive — must be cut and shaped to precise proportions.

That’s where we come in! Strouse is a Medical 3M™ Preferred Converter, meaning this industry leader puts a great deal of trust into our adhesive converting expertise.

As we’ve advanced throughout the years, we’ve searched for ways to simplify the adhesive converting process without cutting a single corner in quality, safety, or efficacy. We’ve found a way to increase conversion speeds, improve accuracy and quality, and ensure cleanliness, all in a more efficient process: 1-Pass Production.

Would you like to learn how we can work this solution into your projects? Click the link below and download our guide, or give us a call at (443)-605-1332 today! 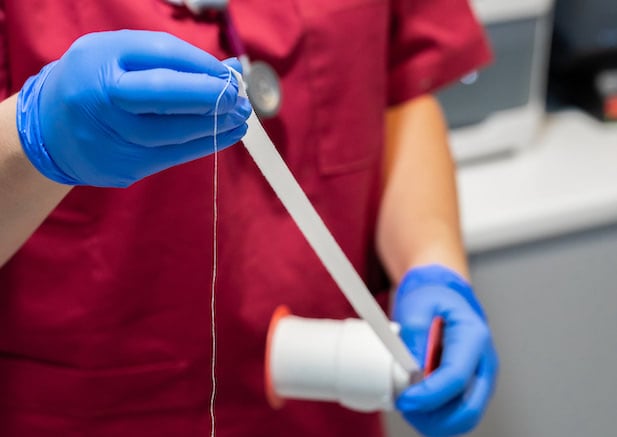